Glendora is a city in the San Gabriel Valley in Los Angeles County, California, 23 miles east of downtown Los Angeles. As of the 2010 census, the population of Glendora was 50,073.Known as the "Pride of the Foothills", Glendora is nestled in the foothills of the San Gabriel Mountains. Its downtown area, known as the Glendora Village, has been voted as one of the best downtowns in the San Gabriel Valley.. It hosts dozens of restaurants, cafes, shops and boutiques along the main street, Glendora Boulevard, with many community events scheduled throughout the year. A small town vibe combined with low crime rates and a consistently high-ranking school district, has made the city an attractive choice for families in the region. Glendora celebrated its centennial as an incorporated city in 2011.

Each index is a number where a value of 100 represents the national average.

Likewise a value of 50 crime index represents a crime rate that is half the national average.

Our Crime Index values are based primarily on current and historical FBI Uniform Crime Statistics.

How can I help you today? 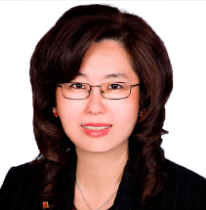